Visiting Naples means not only catching its beauty around, but also getting in touch with its hidden side, with its ‘heart’. That means that here there are a lot of places full of secrets which are worth describing to. One of these is Marechiaro, a little bay in Posillipo, famous for its ‘fenestrella’.

The romantic atmosphere you can breathe once you get in Marechiaro(especially by night, with the sound of the sea, the stars and the moon), is due also to a little window below which there is an inscription with some verses. This window in Neapolitan is known as the ‘Fenestrella’, and it is famous for inspiring the verses of an old Neapolitan song, that have been written down into this inscription. Along the road, many restaurants and cafès where it is possible to spend your time with your partner.

Inside the archives of the classical Neapolitan songs, the Neapolitan composer Salvatore Di Giacomo still preserves the primacy, with his Marechiare: it is the story of a man who, going under the ‘Fenestrella’, calls up his love, a woman who is hidden beside it, named Carulì. The song is the experience of a man who stands in front of all the natural beauties: its evocative force gives the sensation of being just right there and it was written in 1885. Still today, on the balcony, there is a beautiful red carnation, symbol of that unconditional love, with which the composer hopefully tried to see that woman overlooking the ‘Fenestrella’. As time went on, the little borough of Marechiaro became famous for its success among the Hollywood stars, especially in the 60s: the ‘Fenestrella’, in fact, was the symbol of the Italian ‘dolce vita’, as well as the characteristic ‘Scoglione’, which stands upon the sea. The ‘Fenestrella’ was also shooted into a 1914 movie, entitled “A Marechiaro ‘nce sta ‘na finestra”, which gave to this fantastic overview all the success it deserves. So, if you want to know if even the fishes make love, you simply have to go there and look at the verses written under it. 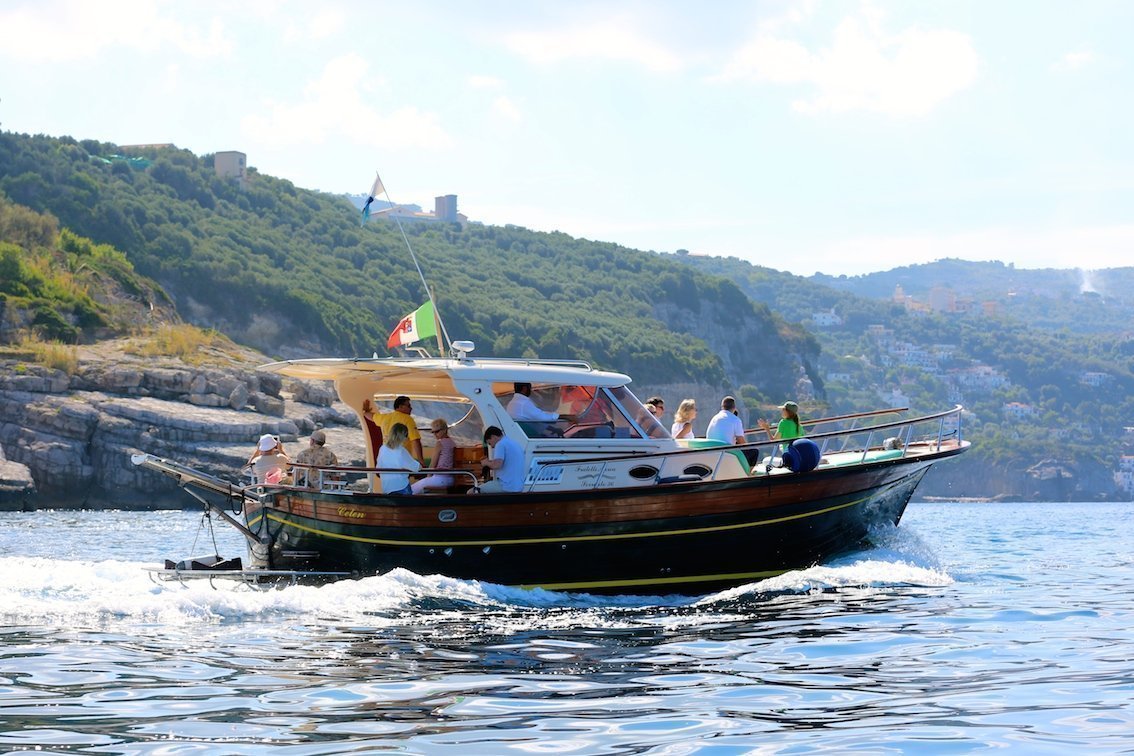 The boat service will be performed the best charter company in Naples (Marechiaroinbarca) while the transfer will be carried out by the rental company with (lovelytoursinnaples) driver.

Advantages of a private tour!

By booking a private Naples tour , you will have a guide at your complete and a private drive: you can modify the itinerary as you wish and, moreover, there will be no other people in the group except you, your family or your friends.